Walt Disney announces reorganization to focus on streaming, Amazon, Google, and Roku All Have New Streaming Devices And Other Top News 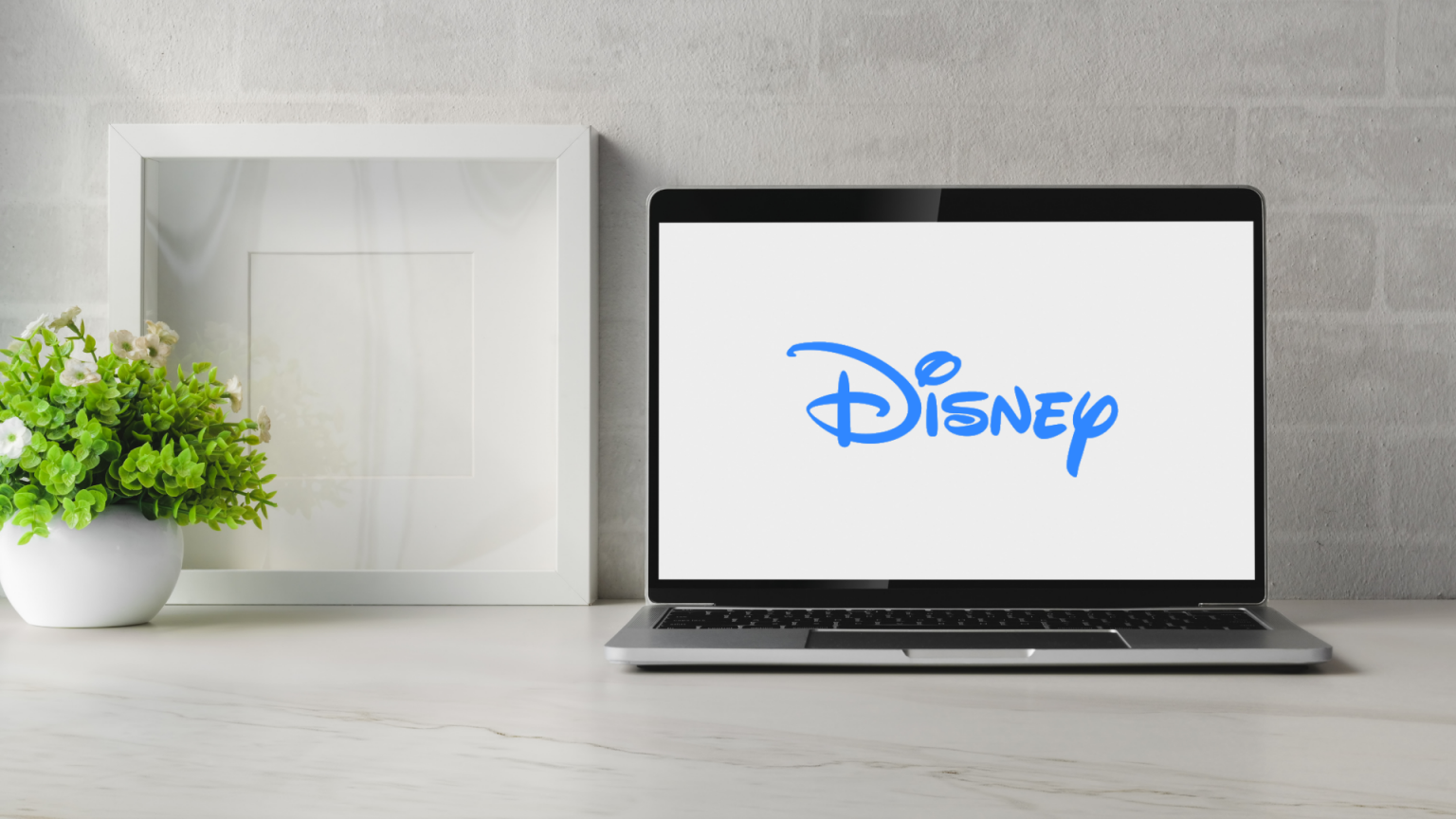 Disney is going all-in on streaming media. On Monday, the company announced a massive reorganization of its media and entertainment business that will focus on developing productions that will debut on its streaming and broadcast services. And Disney’s media businesses, ads and distribution, and Disney+, will now operate under the same business unit, the company said. Its major reorganization comes just days after activist investor Dan Loeb, a major investor in the company through his Third Point Capital hedge fund, called on Disney to cancel its dividend and redirect more investments into streaming. Wall Street has already given its seal of approval to Disney’s new move, sending shares up nearly 6% in after-hours trading. Disney’s announcement follows a significant reorganization of its release schedule to address new realities, including a collapsing theatrical release business; production issues; and the runaway success of its streaming service — all caused or accelerated by the national failure to effectively address the COVID-19 pandemic. Planned theatrical releases of would-be tentpole films like “Black Widow” have been rescheduled, while other films, including “Mulan” and the upcoming Pixar film “Soul,” are seeing their first runs on Disney’s streaming service, Disney+. “This reorganization will accelerate our growth in the dynamic direct-to-consumer space, which is key to the future of our Company. The new organizational structure, with content creation distinct from distribution, will enable us to be more effective and nimble in creating what consumers want most, and delivering it in the way they prefer to consume it,” wrote Bob Chapek,  Disney’s chief executive officer, in an internal memo announcing the reorganization, seen by TechCrunch…More

Amazon, Google, and Roku All Have New Streaming Devices

With more of us now using streaming video services during the COVID-19 pandemic—about three-quarters of all U.S. households subscribe to at least one streaming service, according to research from Parks Associates—you may be in the market for a new streaming device, such as an Amazon Fire TV Stick or Roku player. There are a few reasons why you might want to spring for a new model, even if you already own a smart TV or streaming player. Your smart TV may not have access to a service you want to use. You may have an older model that doesn’t support 4K videos with HDR. When done well, HDR can produce brighter, more vibrant, colorful images with deeper contrast, closer to what we see in real life. Or you just may want a model that offers better performance and faster access to apps and services. The good news is there’s no shortage of streaming media players from which to choose, with prices starting as low as $30 for a basic HD model. And this is the time of year when the major streaming player brands typically launch new models, and begin to offer discounts on older players in time for Black Friday. In just the past few weeks, we’ve seen new models announced from Amazon, Google, and Roku. If you’re in the market for a new player, here are some details on the latest options. We’ll be testing all of them soon, and adding them to our streaming media device ratings—which are available to digital members…More

The government is to investigate the impact that music streaming is having on artists, record labels and the sustainability of the music industry. A new committee run by the Department for Digital, Culture, Media and Sport (DCMS) will examine the business models of major streaming companies such as Spotify, Apple Music, Amazon Music and Google Play to determine their fairness towards the writers and performers whose material populates the platforms. Committee chair, MP Julian Knight, said it would look at whether “the economics of streaming could in future limit the range of artists and music that we’re all able to enjoy today”, describing the algorithms that promote music discovery on these platforms as a “blunt tool to operate in a creative industry with emerging talent risking failing the first hurdle”. Music streaming in the UK brings in more than £1bn a year in revenue. “However, artists can be paid as little as 13% of the income generated,” a DCMS statement said. Spotify is thought to pay between £0.002 and £0.0038 per stream. Apple Music pays about £0.0059. Musician Tom Gray launched the #BrokenRecord campaign earlier this year, calling for a government inquiry into streaming. He called the DCMS announcement “HUGE NEWS!!!!!!” A YouGov survey commissioned by the campaign found that 77% of consumers believed that streaming services underpaid artists. A majority of respondents said that they would not want to pay more for their existing streaming services – which cost around £10 per month – but half of that majority said they would be willing to pay more if their subscription directly benefited the artists and songwriters they listen to…More

Tencent Powers Up With a Game-Streaming Super Platform

The largest game-streaming companies in China will merge into a Twitch-like giant under the control of Tencent. Tencent is already very dominant in mobile games, but a game-streaming giant under its control is a nice power-up—and could be a new way for the company to promote its own content. Chinese game-streaming platforms Huya HUYA -1.26% and Douyu, equivalents of Amazon’s Twitch in China, agreed to merge in an all-stock deal Monday to create a $10 billion industry giant. Tencent, a substantial shareholder of both companies, will have a 67.5% voting right in the combined company. Huya and Douyu, which have more than 330 million monthly active users who watch top gamers play videogames on their platforms, together have more than 80% of China’s game-streaming market. There is likely some overlap between their user bases, but the combined company will without a doubt be the biggest game-streaming platform in China. Tencent will also fold its smaller platform, Penguin e-Sports, into the combined company. A growing esports market clearly appeals to Tencent: Huya and Douyu’s revenue have both grown more than 40% in the first six months of 2020 from a year earlier, with the pandemic helping drive bored homebound people to their platforms. Combining Huya and Douyu will give the new company better bargaining power: a big part of their costs is incentives and bonuses for the best streamers…More

New stats from GlobalData show that Indian pay TV revenues will see a ‘lethargic’ growth over the coming years as OTT platforms continue to grow. While the country has a number of local streaming services, India, with its high population, is increasingly becoming a battleground for western players, with the likes of Disney and Netflix heavily investing in cut-price plans and mobile-oriented viewing. The research firm estimates that revenues from the country’s pay TV industry will see a CAGR of 0.7% from US$3.1 billion in 2020 to US$3.30 billion in 2025. It also said that pay TV services revenues will decline by 0.6% year-on-year in 2020 due to pandemic-caused cord cutting, but that adoption of IPTV and DTH subscriptions will help to support growth. Operators in the country, the firm said, have also been focusing on offering OTT content as a bundled service with pay TV plans in an effort to drive subscriptions – a trend of content aggregation that has also been evident in more established western markets. Deepa Dhingra, telecom analyst at GlobalData, said: “Cable will be the leading pay TV technology in India throughout the forecast period, followed by DTH. IPTV subscriptions will grow at the fastest CAGR of 19.4% during 2020-2025, supported by increasing fixed broadband penetration in the country which supports delivery of IPTV services.” One major difference between India and western markets though is the fact that the market is highly fragmented. More than 50% of the country’s total pay TV subscriptions are held by several smaller players in 2020…More