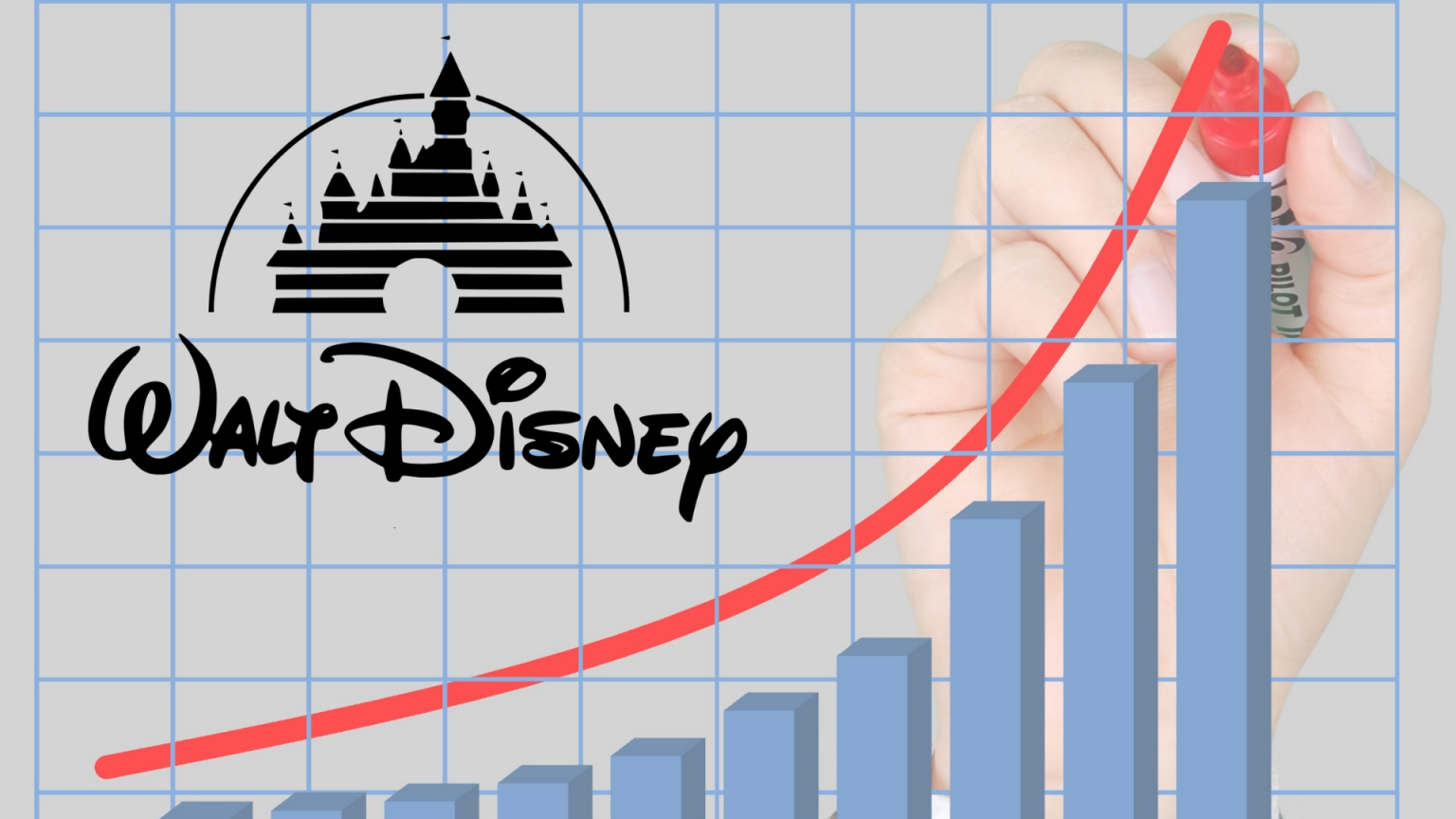 Walt Disney Co. jumped in late trading after adding more online subscribers than predicted last quarter, chipping away at Netflix Inc.’s dominance of the streaming industry. Though the entertainment titan is still reeling from the pandemic, the growth of Disney+ has softened the blow. Gains at the ABC broadcast network last quarter contributed to a smaller-than-expected fourth-quarter loss. The company also has increased capacity at Walt Disney World to 35% and wrung more than $2 billion in cost savings from its acquisition of Fox’s entertainment assets last year.But the star of the quarter was Disney+, a direct-to-consumer platform that launched a year ago. The service grew to 73.7 million paid subscribers, smashing the 65.5 million analysts had been anticipating. Subscribers to the Disney+ Hotstar service in India helped fuel the growth and now account for a quarter of the total. “The real bright spot has been our direct-to-consumer business,” Chief Executive Officer Bob Chapek said on a call with investors Thursday. “It has quickly exceed our highest expectations.” Disney shares rose as much as 7.3% to $145.45 in after-hours trading. The stock was down 6.3% this year through Thursday’s close. Disney reported a loss of 20 cents a share, excluding some items, in the period ended Oct. 3, compared with the 73-cent shortfall that analysts expected on average. Revenue slumped to $14.7 billion, but beat estimates as well. Lower programming costs helped ABC through a tough stretch, boosting profit by 47%, Disney said. Including cable networks like ESPN, earnings at the media division rose 5% from a year ago to $1.86 billion, also helped by higher ad revenue. That beat Wall Street estimates for earnings of $1.26 billion…More

As consumers continue to abandon their cable and satellite TV subscriptions en masse in favor of streaming video options, the world of home entertainment is undergoing a massive disruption. The already muscular field of mass-market streaming video services that includes Netflix, Amazon Prime Video, Disney+, Hulu, Apple TV+ and CBS All Access (soon to be called Paramount+) has grown even more competitive since the 2020 launches of AT&T’s HBO Max and Comcast’s Peacock. Along the way, the fight for subscribers has ratcheted up to even higher levels with streamers spending billions of dollars on programming splurges, lavish ad campaigns and international expansions. The clash is now global. In parts of the world, such as Southeast Asia, the Western services are now facing off directly against China’s largest online video companies, Tencent and IQiyi. In the U.S., even as much of the advertising market cratered during the early days of the pandemic, the streaming services bumped up their marketing campaigns, vying for the attention of consumers stuck at home. The fierce jockeying for subscribers has already claimed its first high-profile casualty. In October, Quibi — the much-hyped, little-watched streaming service from Jeffrey Katzenberg and Meg Whitman — announced it was shutting down after a mere six months, despite raising roughly $1.8 billion from prominent investors and launching a huge promotional campaign that included a Super Bowl ad…More

Streaming services are expanding. Gizmeon provides OTT platform development  that includes all the latest features in OTT. We can help you create a full-fledged Events streaming service complete with mobile & smart TV apps, a website, your choice of monetization models, and other additional features, like eCommerce, multiple subscription options, chat features, and more.

President Trump is reportedly eyeing his own streaming media channel to compete directly with Fox News amid his administration’s heightened tensions with the news outlet. “He plans to wreck Fox. No doubt about it,” a source with detailed knowledge of the president’s intentions told Axios. According to Axios, Trump’s channel would likely charge a fee for the service. Fox charges $5.99 a month for its streaming service Fox Nation. The president and his supporters have been critical of the network over the past few weeks. Tensions escalated last week after the network was the first to call the state of Arizona for President-elect Joe Biden. Senior White House adviser Jared Kushner even spoke to Fox News owner Rupert Murdoch to complain about the network’s call. In his interview on “Fox & Friends” on Election Day, Trump complained that the network has “changed a lot,” Axios notes. “Somebody said: What’s the biggest difference between this and four years ago? And I say, Fox,” he said. Fox Corp. CEO Lachlan Murdoch said during the company’s third quarter earnings call on Nov. 3 that the network welcomes competition. “Now 18 years, off the top of my head, of different administrations and different political cycles, we’ve maintained our number one position through all of that,” Murdoch said. “We fully expect to be number one and maintain share through that.” “We love competition. We have always thrived with competition. And we have strong competition now,” he added…More

Streaming: The Future of Voter Outreach?

Rep. Alexandria Ocasio-Cortez recently live-streamed the hit video game “Among Us” on Twitch with Ilhan Omar, Ilhan Omar’s daughter, Isra, the artist mxmtoon and other prominent Twitch streamers. The three hour event was meant to encourage people to get out and vote for this November election, but quickly became the third most-watched stream in Twitch’s history. It was also just fun to watch. With 2020 being the dumpster fire that it is, many people have turned to playing video games extensively or watching Twitch streams to pass the time. Well, if you went onto Twitch the night Ocasio-Cortez was streaming, you might be surprised to know that she was at the top of the list for the number of viewers that night. Most of the other top streamers were people she was playing “Among Us” with. You would think that if a politician were to be on a platform that they’re not used to, they would be talking about politics the whole time. With Ocasio-Cortez on Twitch, that wasn’t quite the case. While she did talk about the importance of getting out to vote, voting early, how to register to vote, etc., it wasn’t overwhelming as most of the stream was focused on actually playing “Among Us.” Like most politicians on social media, she had trolls in her stream’s comment section. Many criticized her for being “childish” for playing a game instead of working. To say many of the people criticizing her were older would be an understatement. I’m not sure how politicians reached out to them when they were young, but Ocasio-Cortez knows her audience online, which is younger…More

India’s Ministry of Information and Broadcasting, which oversees programs beamed on television and screened in theatres in the country, will now also regulate policies for streaming platforms and digital news outlets in a move that is widely believed to kickstart an era of more frequent and stricter censorship on what online services air. The new rules (PDF), signed by India’s President Ram Nath Kovind this week, might end the years-long efforts by digital firms to self-regulate their own content to avoid the broader oversight that impacts television channels and theatres and whose programs appeared on those platforms. (Streaming platforms may be permitted to continue to self-regulate and report to I&B, similar to how TV channels follow a programming code and their self-regulatory body works with I&B. But there is no clarity on this currently.) For instance, the Ministry of Information and Broadcasting currently certifies which movies hit theatres in the country and the scenes they need to clip or alter to receive those certifications. But movies and shows appearing on services like Netflix and Amazon Prime Video did not require a certification and had wider tolerance for sensitive subjects. The Ministry of Information and Broadcasting has previously also ordered local television channels to not air sensitive documentaries. India’s Ministry of Electronics & Information Technology previously oversaw online streaming services, but it did not enforce any major changes. The ministry also oversees platforms where videos are populated by users…More