Roku Is Still a Leader in the Streaming-Device Wars, GoPro Adds Live Streaming to Plus Service And Other Top News 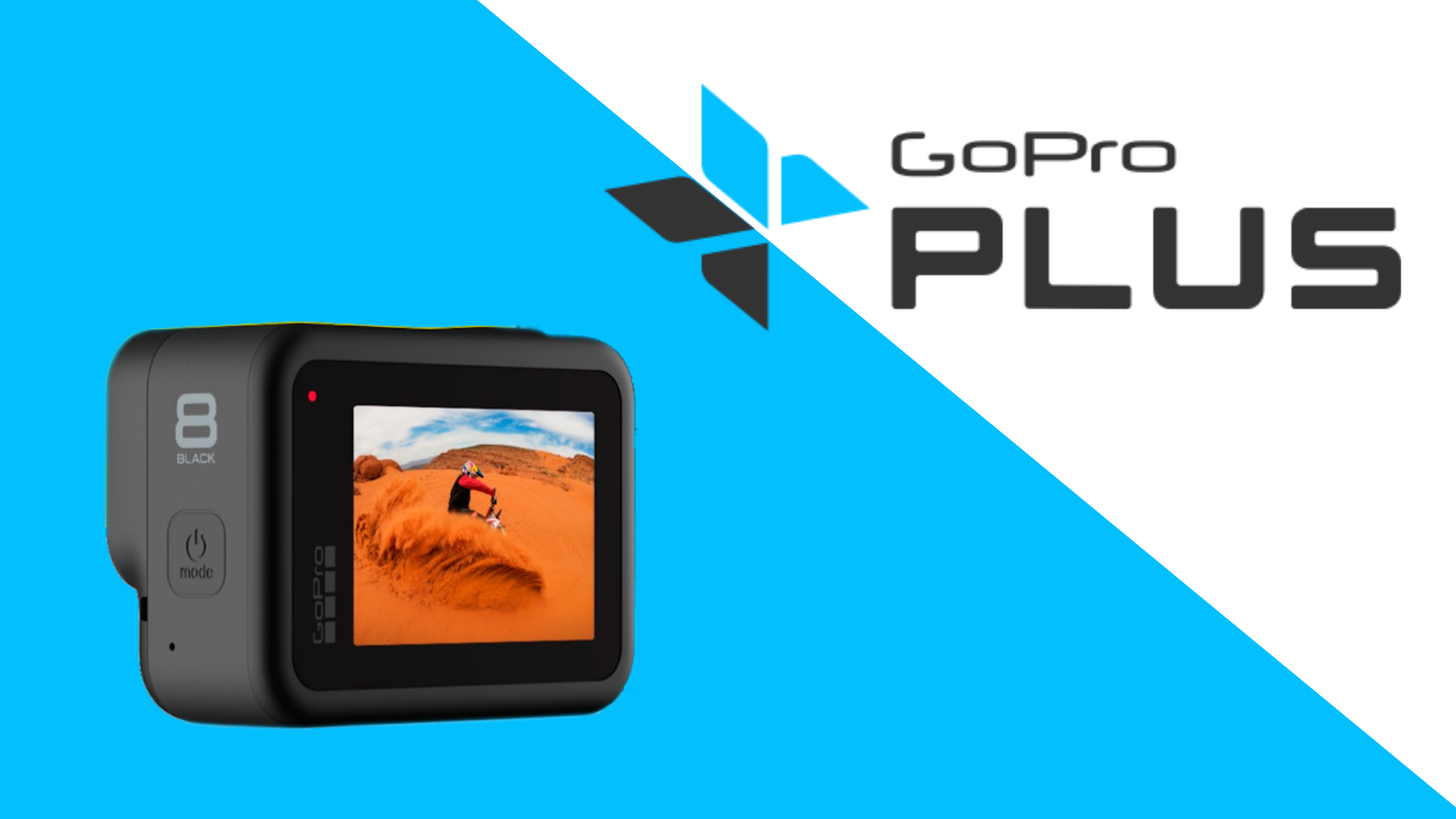 Roku Is Still a Leader in the Streaming-Device Wars. That Will Boost the Stock, One Analyst Says.

Roku is still leading the connected television market over Amazon and Apple. Citing survey results from Deutsche Bank’s Data Innovation Group of 1,048 U.S. consumers, Rand wrote in a note Thursday that Roku remains the market leader in the U.S., followed by Amazon Fire TV. According to Rand, 43% of participants who had a connected TV had a Roku, while 35% had Amazon Fire TV. Apple TV sat at 27%. He notes that some people may have one of each. Roku makes money selling its devices that let users access streaming services. It also gets a cut from advertising and subscriptions that are delivered via its platform. “Of note, Roku had pretty consistent ownership across income levels, between 40-50%,” among the 1,048 U.S. consumers surveyed, he wrote. “Apple TV on the other hand, not surprisingly due to the high price point, had significantly higher ownership levels in the $100K and up income level and tied with Roku for the most ownership in this income level.” Roku stock (ticker: ROKU) fell 2% to $160.97 on Thursday, but held onto most of its gain from the prior trading day. Keep in mind the stock jumped $16.51, or 11%, on Wednesday following a fresh Buy rating from Citi Research. Rand wrote Thursday that survey data indicating that adoption of connected TV devices is steady, with about a mid-30% adoption rate across age groups. Another takeaway from the survey was that Roku had the highest satisfaction rate, with 54% of participants rating the quality of their Roku a six or better out of 10. Amazon Fire TV sat a 53%, while Apple was at 38%…More

Action-camera maker GoPro today announced a live-streaming service for GoPro Plus members who want to broadcast their adventures. GoPro Plus offers unlimited cloud storage, up to two camera replacements per year, and discounts on accessories for $4.99 per month or $49.99 per year. Members can now live stream high-quality video to GoPro.com via the Hero8 Black, Hero7 Black, or Max cameras. “We are really excited to offer high-quality, simplified live streaming to GoPro Plus subscribers,” GoPro Founder and CEO Nicholas Woodman said in a press release. “GoPro Plus subscribers can now live stream from their GoPro camera to their account at GoPro.com, text the live stream link to their family and friends, and boom … they’re LIVE.”So, how many people see your live stream depends on how far and wide you share your custom live-stream link. You can also live stream to Facebook. A new Hero8 Black firmware update, meanwhile, adds HyperSmooth 2.0 video stabilization to more video settings. It also moves GoPro Webcam support for macOS out of beta; for Windows users, it’s still in beta via the GoPro Webcam desktop utility.The Hero8 Black and Hero7 Black are PCMag’s Editors’ Choice for action cameras and camcorders. The newer Hero8 Black is the company’s best action camera to date, we found, offering class-leading stabilization and video quality in a rugged, waterproof body…More

If you’ve scrolled through Reddit’s app recently, you might have spotted a live stream of someone playing music, making art, or just talking to the camera. Those broadcasts come from Reddit’s own live-streaming service, the Reddit Public Access Network (RPAN), which just celebrated its first anniversary last week. And as the service enters year two, Reddit is teasing an expansion to more subreddits at some point in the future. The best word I can use to describe RPAN streams is wholesome. While browsing some last week, I stumbled across a video of a streamer playing Super Mario Maker 2 while a friend sang songs with Mario-themed lyrics. Another person streams videos of his adorable chickens. A popular post I caught on the r/whereintheworld subreddit last week on was a nearly hour long video of a monsoon in Phoenix. The streams I’ve watched felt a lot more relaxed than what I’d typically find myself tuning into on Twitch or YouTube. That’s partially because the service is meant to appeal to a broader audience. “We definitely saw a lot of people who weren’t traditionally streaming on other platforms, just a lot of regular users who were excited about this new experience,” Alex Le, Reddit’s vice president of product and community, said in an interview with The Verge. On day one last year, RPAN was only available from 9AM to 5PM PT as part of a five-day test, and only certain people were allowed to stream. The service is now live 24/7 and open to everyone. There’s still one unique limitation, though: a 45-minute time limit for each stream, which can be extended by viewers via a feature called Feed the Meter. The limit was originally put in place due to technical constraints, but Reddit is now thinking about extending the limit because some broadcasters are asking for it, Deborah Hsieh, Reddit’s lead product manager on RPAN, tells The Verge…More

Half of consumers say streaming is their first stop for TV

Half of all consumers say that streaming services are the first place they turn when it’s time to watch TV, according to Hub Entertainment Research. The firm’s newest annual “Decoding the Default” study – which in August surveyed 1,600 U.S. consumers with broadband, age 16-74, who watch at least one hour of TV per week – found that 50% of consumers (up from 47% last year) say online services are the first TV source they turn on. That includes streaming on-demand services like Netflix, free services like Pluto TV, and virtual MVPDs like YouTube TV. The same research found that 42% say their first choice is viewing from a traditional TV set-top box (live viewing, DVR, or VOD), down from 47% last year. Hub noted that the remaining percentages each year default to viewing over-the-air, from an antenna. “For those who default to an online source, nearly half (23% of the 50%) say that online source is Netflix. In fact, Netflix, by itself, is now nearly as likely to be consumers’ TV home base as all live TV channels accessed through pay TV combined,” wrote Hub. The firm said that in 2016, live TV from a pay TV service was three times as likely as Netflix to be viewers’ TV default, but today, Netflix trails live viewing by seven percentage points.Hub’s research seems to confirm that younger viewers are increasingly losing interest in pay TV. The firm said that fewer than one in five young consumers default to live TV, down seven points from last year.“But more ominously, even among live TV’s strongest adherents—those age 55 or older—the proportion defaulting to live has dropped significantly since just last year,” Hub wrote…More

Why OTT platforms present a plethora of untapped potential for advertisers

Nothing has demonstrated the centrality of streaming video more than COVID-19, as billions of people around the world remain at home, glued to their screens. With revenue in the video streaming segment expected to grow to $30.4 billion by 2024, and big players including Disney, HBO, and Amazon placing huge bets in the space, Over The Top (OTT) media is fast becoming a key vertical for both app developers and advertisers. When we think of OTT, we think of television over the internet. But whether in the living room or on the move, mobile is an important component in the OTT mix. A report from eMarketer found that 63% of US consumers access OTT most frequently on their TVs. Mobile comes in second, with a modest 11.6%. However, when you examine the length of time each user spends streaming OTT content on their device, mobile makes up almost a quarter of total time spent viewing. That means mobile users spend more time than average watching OTT content. Additionally, mobile is often a second screen for OTT consumers. Roku supports a function where users can turn their mobile phone into a remote control, but more generally, who hasn’t used their smartphone to catch up on a much-hyped episode on the go? Strategically, this is important for marketers, because even users watching on connected TV can be persuaded to install an app they saw while watching a streaming service. As the OTT ecosystem continues to grow, competition for eyeballs will grow with it. After ten years of almost complete dominance, Netflix now has sizable challengers. OTT is no longer a niche but a mass market…More